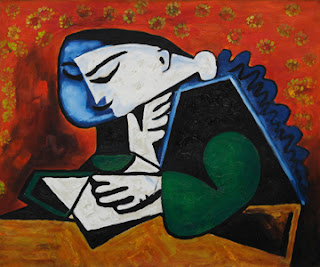 Artist: Pablo Picasso
If you've read my bio page you will see that I make a connection between creating a character for a play or film and hypnosis.
Most wouldn't find much connection between these two things at all!
However, I do. And I'll share with you why.

As an actor; how do you make a written sentence from a script come alive?  Anyone can read a sentence out loud, that takes no special skill. The skill behind it is manifested by the intent from which the actor speaks it   And the intent in which the actor speaks it,  comes from what it is that actor has decided that the character in the play wants. Not necessarily what the character in the play states they want, if asked, but what the character really wants deep down inside, overall.
In my study of hypnosis at times I have been transported back to my very early study of acting and basic script analysis.  I think it is because the subconscious mind in people operates so very much like an actor tackling a script with ideas, metaphors and making connections. As an actor, before you ever get on stage or in front of a camera, you must lay down an entire world view, a belief system and the hopes and dreams and memories of the character you will be playing. The audience may never even know all these decisions, but the actor knowing these things will answer all the questions for him or herself about why the character behaves as they do in the course of the story.   Now, of course, the lines are all spoken because they are written in the script, but the good actors make sense of every one. They create logic for the character to naturally speak these words.  They may be telling the truth as the character or lying as the character to get what is wanted (or every/any area of grey in between that), but all of the words and sentences and their subsequent actions have to make sense. And when a good actor does their homework, they make sure it is going to make sense because they know, overall, what it is their character wants to achieve, who this person is.
So you start with words on a page and the bad actors, well, they just say the words out loud.
The actors we all love, the talented ones, they naturally inhabit their character and everything they say and do is completely believable because they have taken the time to know who the person they are playing really is at the deepest level all the way up.  And they know because they are the ones who have created this being.
They have created a subconscious for their person, a foundation.  And everything else
(everything they say and everything they do) exists on top of this foundation.
And so, therefore; if one has studied character development on this level, one understands these building blocks.

Some things in life are so very simple, but if never examined, they seem so involved and complicated beyond belief.  We ALL want something in life.  Many things, in most cases. We want love, we want respect, we want to feel secure, we want to feel intelligent and relied upon and useful.
But these things we want-they get slippery. Wanting respect from people, over time, can morph into, say; wanting to control everything, or some equally impossible desire. Life is messy and complicated and what we thought we wanted can even change up on us. Or so we think. Often it's merely been buried, replaced by things that aren't the same. Substitutes.
Sometimes it is truly worth going back to the home page, the foundation, our subconscious. Things there are often quite simple.

So if you come to me and you tell me what is going in in your life, and why it is a problem, I am going to be looking at you much like you are a character in a story and I am going to be able to tell where this thing, this thing that conflicts you, begins.  Then,  together, we are going to be able to get into your foundation and change it up. Get back to the basic first thing that life maybe has twisted up.   Unlike long term therapy, we are going to be able to find where things have gotten off course and turn it around quickly. Not with nonsense and mumbo jumbo; but an adjustment in that subconscious, your foundation.  Without the judgement of others or our conscience selves interfering.

Say you want to be fit but you overeat, and feel you can't stop.  So I would probably ask you about how you experience food.  I am going to find out if you even enjoy it.  And maybe you tell me that when you were a kid, cupcakes were a special treat, a reward every time you did something good in your parents eyes, and every bite was heaven both because it tasted good and also because you felt happy at the time to get a treat that you earned.   But over the years, something got lost in translation (as things often do) and now you eat and eat, yet it never feels like those cupcakes once did. Maybe you even eat the very same type of cupcake, but still.....even 6 in, even after demolishing an entire box, no waves of good feelings are passing over you, and you don't feel full.. You just keep wanting more.   Then you hate yourself. And it spills over into everything else in your life. You feel out of control and unhealthy. And every time you do, you reach for more food.
I am sure it is not hard to see where this is going.
You need to re-experience that heavenly bite once again and remember it once didn't take 6 cupcakes to fill you up or make you happy -there was a time when one was enough.  We can go back to a day where you were rewarded, and you can once again remember how it felt. You can feel that again with every sense.. sight, texture, taste, smell- even the sound and feel of the wrapper being pulled off.
And you can bring that pleasure and joy from then to remain with you now.  So next time you are hungry or sad even, you will reach for something and enjoy every bite, savor it truly,  and move on. You will be satisfied from it.  You will be filled up.

It's not magic. It's not even complicated. It's about examining and many times re-experiencing things from long ago to reboot you for the now.
Sometimes it is about revisiting less than pleasurable things from your life in order for your adult self to offer the perspective you did not yet have as a child or a young person. This is where a lot of fears that can affect us our whole lives often begin. This can be changed up for the better too. I am not saying this is easy, but I can unequivocally state that it is not complicated.

Nothing in our lives will really change unless something in our foundation is shifted.  Sometimes, often, even just slightly.  But going back to that actor studying a script I referenced at the beginning of this entry; unless we study ourselves and our motivations like that actor delving into a character, we will not know what it is that needs to change.  We may think we do ( ie: "I have to eat less"), but conscious willpower will only take us so far if our subconscious is not on-board also.  This is the beauty of hypnosis.  This is the beauty of having a say in the things that lie deeply buried within us and affect our actions.

Popular posts from this blog 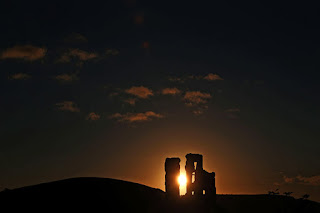 Today is the Autumnal Equinox and that means something.  Perhaps it means something different to everyone. My take on it - is that it is about BALANCE. That sweet sweet spot in the middle of things. The place where you work as hard as you play. The place where you are true to yourself as much as you are flexible. The place where your light equals your heaviness.  The place where no one person, place or thing owns you.   But your passion is free to rise up for all. Finding Balance in life is no easy feat, but today, the Autumnal Equinox,  when the day meets the night right in the middle..a template is given. A celestial reminder.  A gentle little slap to the face.. A loving shake to the shoulders. A whispered voice from the cosmos breathing the word "Balance" in your ear and then: "seek it".
I hope you take the time to experience your version of the Equinox-however it feels right for you to. 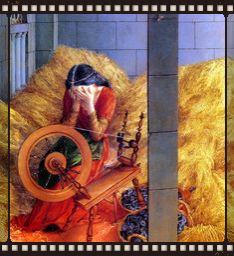 What is is that plagues you?  What keeps you up at night?  What robs your joy, your potential for happiness or even just peace?   I would hope; nothing.  But if there is something…. If there is something, do you know exactly what that something is?  Can you name it?  Often calling it what it really is can help you overcome it.   Many of my clients come in saying they suffer from stress or anxiety, but these terms can be too general to fight.  Digging down, identifying what is really the source of the stress or anxiety helps to corral it, shrink it down to a size to overcome it.

This fairy tale might help.
Fairy Tales, are by their nature; hypnotic…. When our imaginations are engaged in a well constructed story (as these tales often are), we escape the confines of our rational, logical world and we problem solve, even if we do not know that is what we are doing.  Our deep subconscious minds engage emotionally and this can allow us organically with ease,  break out of old thought patter…
Read more 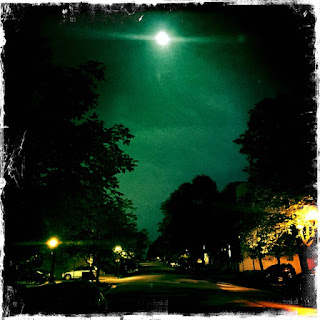 I am not sure that this post has anything at all to do with Hypnosis, but I am writing it anyway. We'll see what happens....
Everything is indeed connected, all actions begin with thoughtsoften born from emotion. All of these aspects originate within us, many times in response to what is outside of us.     In this sense; this is about Hypnosis because Hypnosis is about the power of suggestion, after all.

Our vast technology has changed the landscape of our interior worlds profoundly.  It has given us a knowledge of events and opinions far greater than in any time in human history.  And, like all knowledge, once known, it can not then be UN-known.   I’ve written before about the sense of bombardment.   Things coming at us from everywhere… The news,  the arguing,  the imagery, the advertising… There is a subworld online and outward  that we’ve created and like the proverbial Frankenstein’s monster, it reaches out from our screens when our defenses are down (and even when they are not) …
Read more

Donna Sherman
I am a professionally certified Hypnotherapist, practicing in Baltimore City Maryland. For more information, please visit my Hypnotherapy website at www.bmorehypnosis.com